How to create a silhouette image on Android

29 Sep, 2019 Post a Comment
Silhouette images are the effects produced in photography due to the considerable differences between the main object's light and the background or background such as the shadow image. If according to the art of the image, the silhouette can be interpreted as an object consisting of a margin or outline and an inner field or an interior where the resulting image is generally plain black. The art of silhouette itself is very popular and is great for shaping the face structure of people from the side e.g. hair, forehead, nose, mouth and chin.

Surely, temen-temen still remember in Pas Mantab in one of the private television railway, at every end of the guest show is definitely given a keepsake gift in the form of silhouette images. In this article I will share tutirial how to create a silhouette image on Android of course by editing a variety of photos that friends have or photos with your own face into a silhouette photo. function of image or photo silhouette itself is you can use for various kinds of creativity such as making screen printing on the shirts with pictures of your own face. 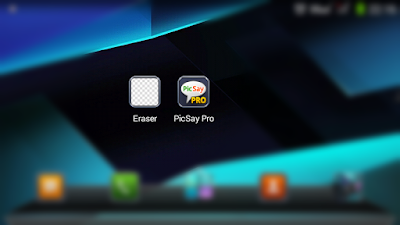 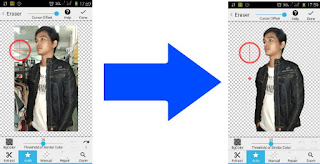 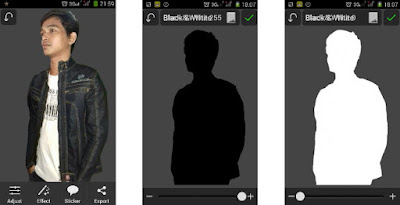 The result of a silhouette image you can give the background with your own chosen Backgroud in a way.


Or it could be when you finish creating a picture or photo silhouette, the result can be a picture on the shirt that can be directly to the place of the shirt. Or you can get creative by having your own.

A few articles from me on how to create a silhouette image on Android, hopefully useful. Thank you for visiting, if you have any questions you can comment on the place you have provided.